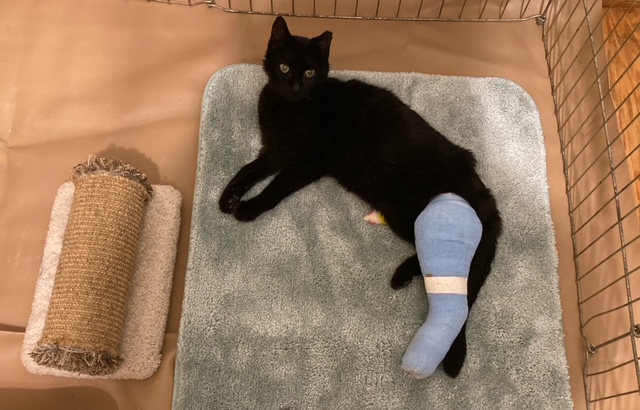 Jolene was rescued in November of 2021. She was so small and frail, that we thought she was a kitten. She was in distress and was having difficulty walking. We immediately noticed her ear had been notched, so we knew she had been spayed.

She was taken to Academy Animal Hospital, where it was discovered that she had a fractured left proximal tibia. She also had a broken tail. Evidently, she had been hit by a passing car. Initial efforts to allow the bone to heal naturally by placing her in a splint were unsuccessful. Jolene’s splint was on for three weeks and cage confinement was necessary. Following that, it was determined that orthopedic surgery was required to insert a pin that holds the fractured bones together. The orthopedic surgery was performed on December 14. Her follow up visit revealed that the fracture was healing well. The staples can be removed around January 14. It was also found that Jolene had had a microchip inserted when she had been spayed. The chip provided information which we were able to research. The chip had been issued by Baltimore County back in 2017 as part of a TNR program. Her whereabouts between then and now are unknown.

Jolene is such a sweet little girl and has been through a traumatic experience. She is so gentle, we think she may have been a house pet before being abandoned to a life on the streets. She deserves to have a good home with a loving family..

She is believed to be 10 years old and weighed 5.2 pounds, when rescued. She is thriving in foster care and has gained over a pound. It is obvious to us that she is a not a feral cat, even though she was found with a feral colony. 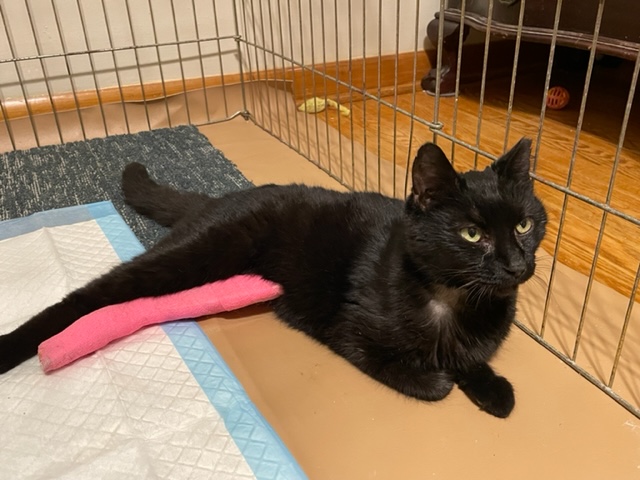 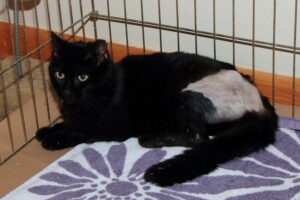 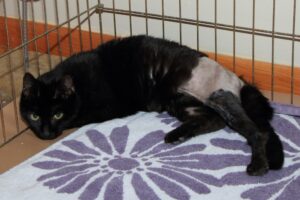